The new Dutch pension system can’t be introduced until 2027 and then it will happen with ‘a big bang’, sources have told the Financieele Dagblad.

The negotiations on reforming the Dutch system started some 10 years ago and plan for the transformation should be agreed by the end of this year. Now, sources told the paper, plans are on the table which would involve pension funds another providers making the switch to the new system in one go.

The disadvantage is that the old regime would continue for several more years than originally envisaged, because the changeover was originally set for 2022. But some funds and service providers have been warning that not everyone will be able to make the change so quickly because it will take a lot of time to prepare millions of pensions to meet the new rules.

END_OF_DOCUMENT_TOKEN_TO_BE_REPLACED

The asset managers for the largest Dutch pension funds are supporting the government’s €1.7bn investment fund Invest-NL, which was launched last week.

This could be achieved through carrying financial risks market players are not willing to take.

It added that the investment vehicle could also bring public and private stakeholders together.

The two biggest Dutch pension funds – ABP and Zorg & Welzijn – are now extremely likely to be faced with cutting pensions for teachers, civil servants and healthcare workers next year. Both funds’ coverage ratio fell to below 95% in July – which means they only have assets to cover 95% of their pension responsibilities.

If the coverage ratios do not improve by the end of December, cuts will have to be made. The two funds are responsible for the pensions of 5.8 million people and are among the biggest in the world. Engineering pension funds PME and PMT have been in the danger zone for longer and also facing making cuts unless their coverage ratios top 100% at the end of the year.

The funds have been hit by low interest rates but a downturn on the stock markets is now also having an impact, the Financieele Dagblad said. ABP for example, said it had earned €8bn on its investments in July but that was not enough to prevent its coverage ratio falling from 95.3% to 93.9%.

The Netherlands’ transport system was hit by a 24-hour national strike as train, tram and bus drivers protested at pension reforms that could mean a higher state retirement age and uncertainty over income in old age. Public sector workers and employees in other industries then joined a second day of protests after a national call for action by Dutch trade unions.

At the heart of the unrest is the prospect that thousands of retired Dutch workers face cuts to their pensions as early as January, which places enormous pressure on the government, employer representatives and trade unions to thrash out a solution to the nation’s looming retirement predicament.

“It would be disastrous for trust in the retirement system if cuts to pension payouts have to be introduced,” said Jacqueline Lommen, a senior pensions strategist at State Street Global Advisors, the US asset manager.

The Dutch strikes are a warning to other countries as they struggle to ensure the sustainability of pension systems due to the growth in the number of retired workers and the retreat by companies globally from generous defined benefit schemes that guarantee retirement incomes.

Dutch regulator De Nederlandsche Bank (DNB) can now fine pension funds half a million euros or more if they fail to apply the prudent person principle or do not comply with management requirements.

The official retirement age for the Dutch state pension (AOW) will not be raised in 2024 following a slowdown in the life expectancy forecast, Wouter Koolmees, minister for social affairs, has announced.

The state pension age in the Netherlands is based on an annual longevity estimate from Statistics Netherlands (CBS) and the legal formula for the retirement age.

At present, a 65-year old has a life expectancy of 20.63 years, while the AOW age has to be raised at 20.76 years. In 2012, the cabinet decided that the AOW would gradually rise as of 2017— from 65 at the time to 67 and three months in 2022 — in order to keep pensions provision affordable for the future. It included a five-year leeway to enable workers to make additional savings for their pension.

As of 2022, the official pensionable age will rise in accordance with life expectancy. During the past few years, the government had concluded that the retirement age didn’t need to be raised further in 2022 and 2023, as life expectancy was expected to increase further, but not in a straight line.

Negotiations about a new pensions agreement in the Netherlands have collapsed amid recriminations between trade unions, employers and the government.

Following consultations with their memberships, the unions presented a joint statement stating that the “lack of structural solutions” on most issues meant they would walk away from negotiations.

Stumbling blocks included the retirement age for the state pension (AOW), early retirement options for workers in hard physical jobs, accommodating self-employed workers into the pensions system, and the discount rate for liabilities. FNV, CNV and VCP, the country’s biggest unions, accused the cabinet of wanting to delay solving these problems.

“However, structural solutions were crucial to the unions,” said Han Busker, chair of the largest union, FNV.

The unions rejected an offer from the government to slow down the AOW age rise by two years, reaching 67 in 2024. The government had offered to set up a committee to look into the disputed mechanism that linked the state pension age to life expectancy increases after 2022, when the retirement age is set to rise to 67 and three months.

ABP and PFZW, the two largest pension funds in the Netherlands, have urged the government, employers and unions to press on with agreeing pensions reform.

At the presentation of their third-quarter results, three of the country’s five largest schemes indicated that a cut to pension payouts and accrued pension rights remained a real threat in the coming years.

Corien Wortmann, chair of the €419bn civil service scheme ABP, said she could no longer explain to members that her pension fund was not allowed to grant indexation for the forseeable future, even though the economy was booming and salaries were rising. “This should be a strong encouragement to put lots of work into a new pensions system,” she stated.

ABP’s funding has been improving in recent months and rose to 104.7% over the last quarter, exceeding the minimum required level by 0.5 percentage points. Wortmann said this would limit the chance of cuts next year to almost zero, but would not allow for inflation compensation for a number of years. Dutch schemes cannot grant even partial indexation until they reach a funding ratio of at least 110%.

Peter Borgdorff, chairman of the €203bn healthcare scheme PFZW, said it was still too early to exclude the possibility of cuts as the scheme’s funding stood at 101.5%, despite improving 0.9 percentage points in the third quarter. 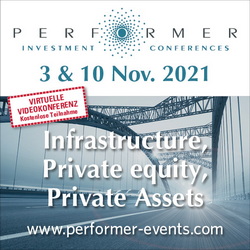 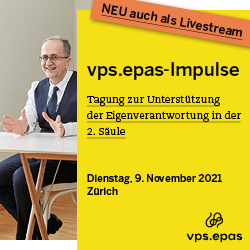