The Dutch Pensions Federation has clashed with supervisor De Nederlandsche Bank (DNB) over “unnecessary and costly” governance changes at a time when the sector’s attention is focused on external developments.

Responding to the watchdog’s proposed extension of the rules for assessing the suitability of people in important roles at pension funds, Edith Maat, the industry organisation’s director, said that DNB was “trying to change the rules during the game”.

In a letter to the supervisor, the federation said the proposed policy changes were extensive, contrary to what DNB had initially suggested.

According to the industry organisation, DNB wanted to include people in the key positions for audit, risk management and actuarial matters – prescribed by the European pensions directive IORP II – in its screening process. 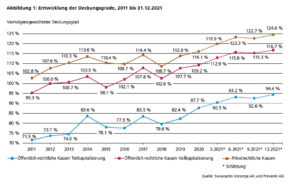