The Swiss media has swarmed around yet another player in the ongoing corruption scandal involving the civil servants pension fund for the canton of Zurich (BVK). A number of print and TV stories in the country this week have centred on the consultancy Complementa. Complementa, according to the Swiss BVK’s annual report for 2009, is the fund’s investment controller and has held this position at least since 2004 – the oldest annual report available on the pension fund’s website.

Michael Brandenberger, head of Complementa, told IPE the current allegations in the Swiss media have been made "lacking knowledge of the actual situation". "Other than that," he added, "I am still not allowed to make any statement on the actual situation concerning the BVK – as much as I would like to do so." Pension fund expert Peter Wirth, who heads the Vorsorgeforum, an association of pension funds, unions and employer representatives, had harsh criticism for the media. 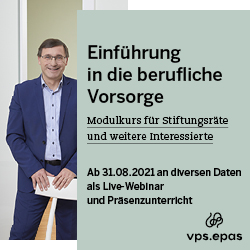