17. November 2017 By pwirth in International

Norway used oil revenue to build its national pension fund into a $1 trillion behemoth. Now, the fund is planning to dump oil and gas stocks.

The fund’s managers recommended that oil and gas investments worth roughly $37 billion be sold in order to protect the country against a permanent drop in energy prices. “This advice is based exclusively on financial arguments and analyses of the government’s total oil and gas exposure,” said fund manager Egil Matsen. Matsen said the decision does not reflect a particular view on energy prices or the sustainability of the sector.

It’s a dramatic shift for a fund that still sources much of its capital from oil revenue. Norway is a major oil producer, and it has plowed its energy earnings into the fund in order to fund pensions and other government expenses.

The fund is among the world’s biggest investors in stocks, owning $667 billion worth of shares in over 9,000 companies globally. It owns on average 1.3 percent of all listed companies worldwide. Oil and gas stocks account for around 6 percent of its benchmark index. Its biggest holdings include stakes in Royal Dutch Shell, Exxon Mobil, and BP. 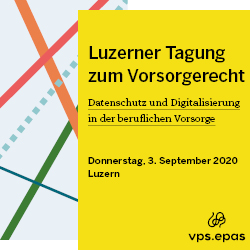