END_OF_DOCUMENT_TOKEN_TO_BE_REPLACED

Women in Denmark had pension savings at the end of last year that were 25% smaller than those of men, but there are signs they are catching up, according to a report from the Danish central bank.

Danmarks Nationalbank released pension statistics for individuals for the end of December 2018 showing women had average pension savings of just under DKK796,000 (€106,500), while men had more than DKK1.06m in their pension pots.

For both men and women, there was a wide divergence in the size of individual pension fortunes, the bank said, with age being the main factor.

There were a number of other factors determining pension size, it said, and these related to salary, collective agreements, savings rates and varying labour-market participation due to, for example, maternity and part-time employment. 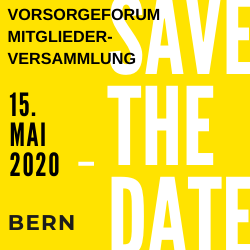 Nothing like the artistic dynamism of the ’20s exists today. Most of the creative arts consider it a solemn obligation to disappear into reductionist obsessions with race, gender, identity and the Gini coefficient (inequality). Sunday sermons are delivered on climate change. Little of it is compelling or interesting. Back then, technology’s role in a better life was celebrated. Today it engenders neurotic phobias.

If there is one valid correspondence with the first Roaring ’20s, it is that the earlier decade produced a wave of new thinking about everything. We are overdue today for another wave of creative thought—about politics, culture, education and morality. This time, hold the roaring.